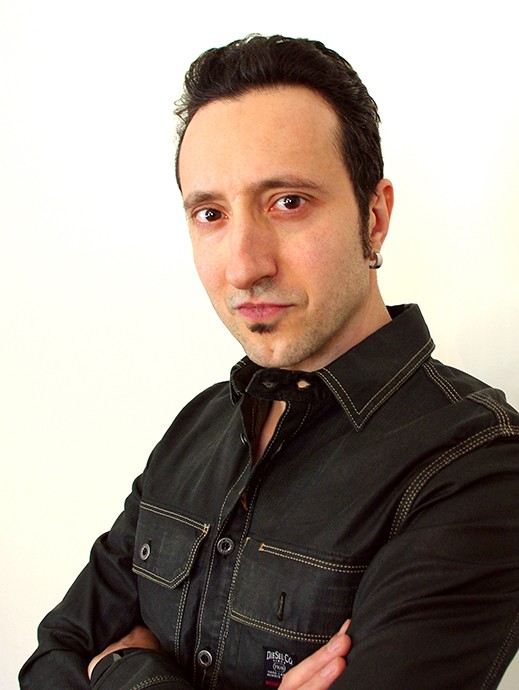 Jason Ānanda Josephson Storm received his M.T.S. from Harvard University and his Ph.D. in Religious Studies from Stanford University. He has held visiting positions at Princeton University, École Française d’Extrême-Orient in France and Ruhr-Universität and Universität Leipzig in Germany.

Professor Storm sees himself largely as a historian and philosopher of the Human Sciences. He has three primary research foci: Japanese Religions, European Intellectual History, and Theory more broadly.  The common thread to his research is an attempt to decenter received narratives in the study of religion and science. His main targets have been epistemological obstacles, the preconceived universals which serve as the foundations of various discourses. Storm has also been working to articulate new research models in the wake of the collapse of postmodernism as a guiding scholarly paradigm.

Japanese Religions: Storm’s scholarship initially concentrated on Japan in the Edo-Meiji Era (1600-1912), treating it as a central node in a series of semi-overlapping transnational networks. Drawing largely on archival sources written in Japanese, Chinese, French, Spanish, Portuguese, German, and Dutch, he worked on the importation of the Euro-American concepts of “religion,” “science,” and “secularism” into Japan and traced the sweeping changes—intellectual, legal, and cultural—that followed.

This line of research culminated in his award-winning book, The Invention of Religion in Japan (University of Chicago Press, 2012), the first study in any European language to reveal how Japanese officials, under extreme international pressure, came to terms with the Western concept of religion by “discovering” religion in Japan and formulating policies to guarantee its freedom.

A secondary area of research is European Intellectual History (esp. English, French, German) from 1600 to the present with particular attention to the cultural context of the formation of the Human Sciences and the construction of “religion” as an object of humanistic inquiry.

This research came to fruition in The Myth of Disenchantment: Magic, Modernity, and the Birth of the Human Sciences (University of Chicago Press, 2017) which challenges the most widely held account of modernity and its rupture from the pre-modern past. Based on archival research in five different countries, this monograph traces the history of notions of disenchantment in the births of philosophy, anthropology, sociology, folklore, psychoanalysis, and religious studies. Ironically, it shows that the myth of mythless modernity formed at the very time that Britain, France, and Germany were in the midst of occult and spiritualist revivals. Indeed, these disciplines’ founding figures were not only aware of, but profoundly enmeshed in, the occult milieu; and it was specifically in response to this burgeoning culture of spirits and magic that they produced notions of a disenchanted world.

Theory: Storm also has an abiding passion for philosophy and Theory more generally. As an undergraduate, he began as a philosophy major with a focus on philosophy of science (before his deep involvement with Asian philosophical traditions, such as Buddhism, Confucianism, and Daoism, took him to a religion department where they were treated more sympathetically). In graduate school, he was trained in East Asian philosophy and Francophone poststructuralism (with a special attention to the work of Michel Foucault). He then spent several years marinating in the work of Hegel and the Frankfurt School. But he has more recently been working on philosophy of social science and returning to an earlier interest in analytic philosophy. Storm juxtaposes these diverse philosophical lineages with insights drawn from postcolonial, critical race and gender theory. In this research he has been focusing on issues relevant to epistemology, virtue ethics, philosophy of language, and the philosophy of science.

This philosophical program has resulted in the monograph, Metamodernism:  The Future of Theory  (University of Chicago Press, 2021), which articulates new research methods for the humanities and social sciences by simultaneously radicalizing and moving past the postmodern turn.

In the same vein, Storm is also working on a further book-length manuscript on “Power and Causation,” which provides a theory of causation for the Human Sciences (building on the Process Social Ontology articulated in Metamodernism) and exploring its implications to formulate a novel theory of power.

Select Williams facilities and events are open to the public. Admission tours are available and guests are welcome at the Williams College Museum of Art, Sawyer and Schow Libraries and outdoor athletic events. Visitors are also welcome at indoor competitions and some performances and events. Proof of vaccination and masking are required for entry. See the Visiting Campus page for details.